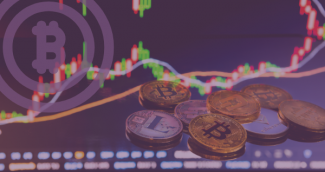 Is Cryptocurrency the Last Unicorn or About to Boom?

Ok, let’s be clear before everyone gets excited about buying bitcoin, cryptocurrency – basically a type of digital currency or money designed to be highly secure and mostly anonymous – is a new asset and a volatile one.

But understanding these new assets begins with why it is seemingly so appealing. Cryptocurrency is decentralized, meaning it is open-sourced and is not controlled by any third party. The appealing part is no one has control of your money except you.

The very first cryptocurrency was, in fact, Bitcoin, and it was engineered in 2009 by Satoshi Nakamoto, an anonymous crypto architect(s), thus creating the first decentralized cryptocurrency.

According to CryptocurrencyFacts.com, “...when a transaction is made, the spender and receiver each use a unique digital signature. A digital signature uses a public key (to create a signature and to send money to) and private key (used by others to verify the signature) that can be used to legitimize the transaction. This helps ensure that transactions are recorded correctly and that the spender owns the money they’re trying to spend.

Time Stamping helps to ensure that the order of transactions is chronological. This is done by placing a group of transactions in a “block” that gets appended to the coin’s ledger. Everything in that block is considered to happen at the same time. Once a block is recorded, it is permanent and publicly visible.”

New legislation is beginning to attract more investors to this new asset. Consider the State of Wyoming.

Similar to how Colorado’s legislation on cannabis created an emergence of cannabis entrepreneurs flocking to the state, experts are watching Wyoming. In March of last year, Wyoming passed a new bill classifying cryptos as money. That’s important because the federal government, its agencies, and other U.S. states can't agree on how to handle Cryptos. Are they a currency, a product or a commodity?

This move has cryptocurrency leaders renaming Wyoming, “Crypto Valley” because since the law passed, the state began attracting crypto entrepreneurs who find it easier to start up crypto-related limited liability corporations (LLCs). Now, as many as three new crypto-related LLCs are launching in Wyoming every day.

Crypto’s Appeal is Anonymity and Speed

Besides the privacy of transactions (no one knows about them and you are anonymous even to the seller), it’s appealing because it removes the middleman (banks). This also means there are far less transactional fees on your money. Transferring $1,000 overseas can cost up to 10% but when using Cryptocurrency, those transaction fees are more like $0.02. And what may have taken up to three to four days to transfer, now takes seconds.

Faster transfers will lead to accelerated money velocity – the pace at which money changes hands. That, in turn, will speed up international business, boost productivity, and ultimately accelerate innovation.

Why Experts Suspect the Boom is Near

Watching trends and adoption rates of new investors to the market, experts believe the crypto revolution is near.

Cryptocurrency: A digital currency in which encryption techniques are used to regulate the generation of units of currency and verify the transfer of funds, operating independently of a central bank.
Bitcoin: Unit of digital currency in which a record of transactions is maintained and new units of currency are generated by the computational solution of mathematical problems, and which operates independently of a central bank.
Blockchain: A system in which a record of transactions made in bitcoin or another cryptocurrency is maintained across several computers that are linked in a peer-to-peer network.
Miners: Bitcoin mining is the backbone of the Bitcoin network. Miners achieve this by solving a computational problem which allows them to chain together blocks of transactions (hence Bitcoin's famous “blockchain”). For this service, miners are rewarded with newly-created Bitcoins and transaction fees.
Exchanges: Cryptocurrency exchanges are online platforms in which you can exchange one kind of digital asset for another based on the market value of the given assets.
Wallets: A cryptocurrency wallet is an app that allows cryptocurrency users to store and retrieve their digital assets. When a user acquires cryptocurrency, such as bitcoins, she can store it in a cryptocurrency wallet and from there use it to make transactions.

Bradford does not offer these types of product. For other investment information, please contact the Bradford Advisory Team!